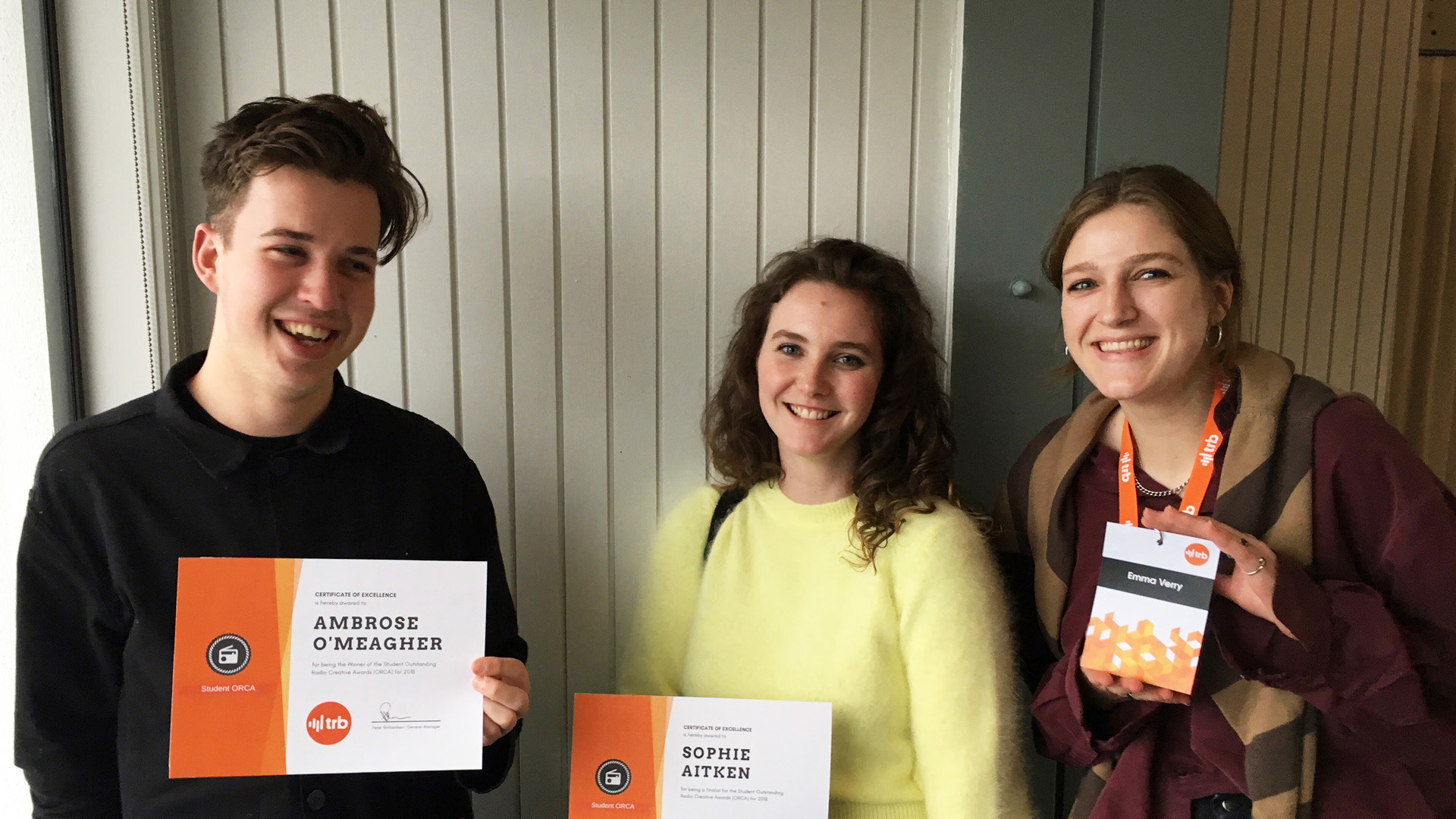 On Monday we announced the winner of the Student ORCA at our Ralph van Dijk seminar for creatives. It was great to see advertising students at AUT and Media Design School exploring the creative opportunities that radio offers brands.

Ambrose O’Meagher from AUT took out the competition with his “Reversing Camera” advert for Volkswagen Polo. It was highly commended by the judges who commented that they could imagine this 15-second radio commercial being played on-air. A clever use of play-on-words made this commercial simple yet creative by having children voicing the words “Marco” and “Polo” with a voice-over stating that the reversing camera in the Volkswagen Polo allows you to know where things are, even if you can’t see them.

Media Design School students Zach Hall and Ryan Read were runners-up for their 60-second commercial “Sample Dying” for AMI. The aim of this advertisement was to get young people thinking about life insurance by making it more relatable. They did this by focusing the creative on a situation where you’re “dying on the inside”. In this commercial, a young woman ends up accidentally sending a text venting about someone, to the person she’s actually venting about.